Owner Jeff Nicklefork has been interested in construction since the early age of eight when he and his dad built a spare bedroom in their basement for family that were coming to stay for Christmas. He learned all about 16 inch on centre framing, how to drywall, how to order carpet, how to pick out straight lumber and from there his interest only grew. He spent his teenage years continuing to work on their basement and dreaming up floor plans, then when he was old enough to drive he would spend afternoons driving around the foothills of Alberta envisioning where he’d build and how he’d position houses to best take in the views. Now having built houses on and off for the past 16 years while working in other industries he has decided to pursue house building full-time.
Known to his friends and family as a perfectionist with a keen eye for detail, he has much hands-on experience in design, construction and management. 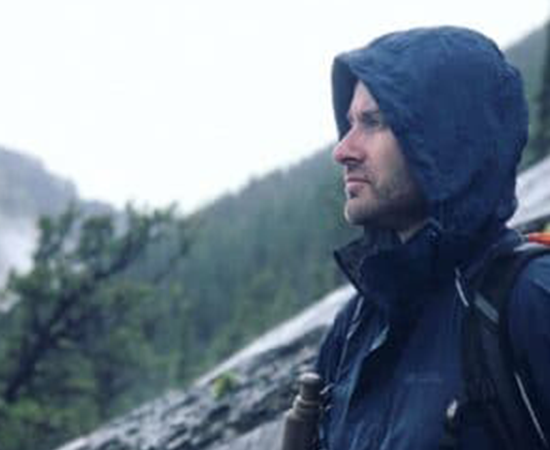 The Nicklefork family has lived in the Carstairs area since 1981 and have been an integral part of the community. In 2005 Jeff’s father moved his business, Airdrie RV, to Carstairs, and so Carstairs RV was born.  It was at this time that Jeff started working there full time and then in 2007 became the General Manager.   He continued in this role until they decided to sell the business is 2017.
We love this community and plan to keep growing with it for years to come. 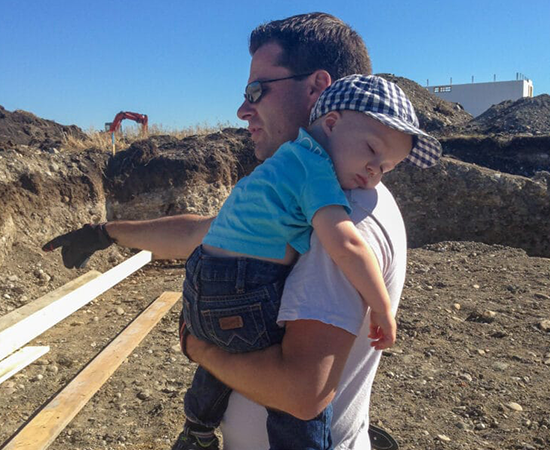 1. We can offer you a complete bespoke home, designed from scratch.
2. As Part of our design process we invented out “Lifestyle Assessment” to truly create a home that fits the way you live, the way you operate your life.  Your home is designed to become comfortable and familiar. It doesn’t get in your way, but enhances and integrates into your daily life.
3. We also build “Move In Ready” homes for people needing quick possession.
4. We believe in Small Town Family Values.
5. We build primarily in Central Alberta, with lots currently available in Carstairs and Olds. We are also happy to build on farms or acreages, and as far south as Calgary and as far north as Red Deer.
6. Our carefully selected list of sub-trades consists of people who are dedicated to their craft who continue to educate themselves on current trends and products.

7. We love “building science” and refuse to cut corners. We believe in doing things the best way we know how. The cheapest way is not always the best way; likewise the most expensive way is not always the best.
8. We don’t build hundreds of houses a year. We only build what we feel we can manage properly. We believe that every house should get the attention it deserves.
9. A portion of every home sale goes to support local charities.
10. We are a member of the Nation Home Warranty program.  Every new house comes with a New Home Warranty.

We’re Ready When You Are

If Thomas Built Homes seems like it might be the right fit for your next home or project, please don’t hesitate to reach out to us, and together we will shape your vision into reality.

Thank you for your interest in Thomas Built Homes Ltd. We look forward to working with you on your next home. If you have additional questions, please call, write, or fill out the Contact Form today. We’re always here to help!